Shelf Control: A Witch in Winter

This is a feature from Bookshelf Fantasies

This feature allows bloggers to discuss books that they want to read that they already own. 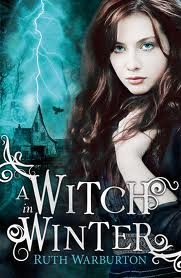 The first in a taut supernatural trilogy filled with action, suspense, witchcraft, and complicated romance

Anna Winterson doesn't know she's a witch and would probably mock you for believing in magic, but after moving to the small town of Winter with her father, she learns more than she ever wanted to about power. When Anna meets Seth, she is smitten, but when she enchants him to love her, she unwittingly amplifies a deadly conflict between two witch clans and splits her own heart in two. She wants to love Seth, to let him love her—but if it is her magic that's controlling his passion, then she is as monstrous as the witch clan who are trying to use her amazing powers for their own gain. When love is tangled up in magic, how do you know what's real?

I got it at Chapters.

When I got it:

Why I want to read it:

I often go through "phases" where I want to read books with specific themes and creatures, for example vampires, werewolves, etc. I bought this during my magic phase! That was my original reason for buying it, but I also still want to read it because I think it sounds interesting, especially the idea of wondering if Seth really loves her, or if its just the magic.

Have you read A Witch in Winter? What did you think? Feel free to comment below!
Posted by Wren at 8/31/2016